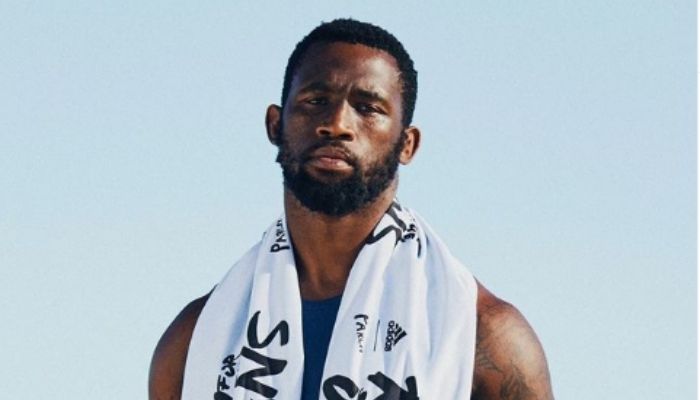 After impressing scouts at a youth tournament in Mossel Bay at the age of 12, he was offered a scholarship to Grey High school. He was a regular member of the first XV rugby team, and a member of the Eastern Province Kings. He also represented the school team, South Africa national under-18 rugby union team.

In 2011, Siya made his senior first appearance for Western Province against the Golden Lions during the Vodacom Cup. In 2012 he graduated to the Stormers squad.

Following his graduation, he joined the Stormers squad and registered the best performance during the first half of the year. He made 2 score tries and had 13 appearances. This earned himself international recognition, after which he became part of the Springbok 2013 Rugby Championship squad.

On February 20, 2013, he was appointed captain for the Stormers rugby club. He made history as the first black captain of the National team after 126 years.

Siya Kolisi has also played in several international matches including the match between South Africa and Japan in 2015.

Siya Kolisi is married to Rachel Smith. Rachel and Siya have two children together but the couple adopted Siya’s late mother’s children Liyema and Liphelo.

According to a report released by The South African, Siya Kolisi earns an estimated R37,500 on average. This figure is not his exact salary or net worth, it could be a minimum estimate of his monthly income.

Tonight On House of Zwide: Faith keeps her secret and kills Funani’s mother